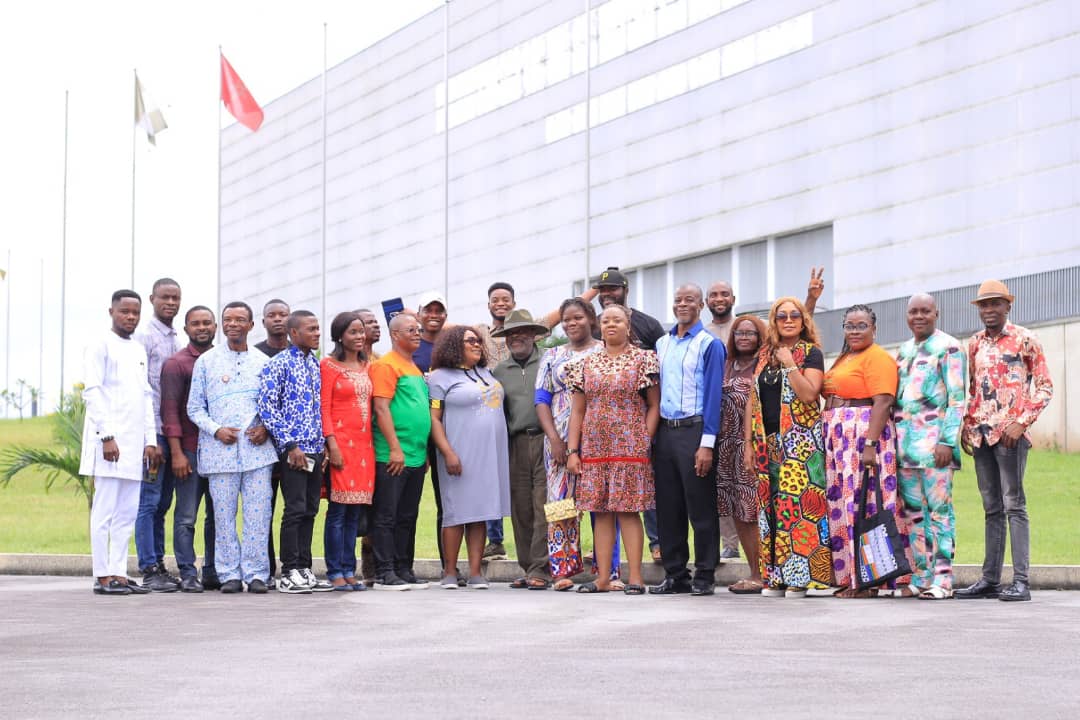 The 2nd National Book Clubs Conference held in Uyo September 15-18th has come and gone. But, this was no kindergarten afternoon athletic contest that we’ll walk away from and forget about in a couple of days. This is for keeps, an exciting memory engraved in our hearts, an event worthy of many stories.

It was more than just a gathering of intellectuals. It was an amalgamation of ideas, a potpourri of perspectives, a tapestry of well-woven deliberations and a story to be told and retold. The stars seem to have been aligned for the participants who came from all parts of the Country to Uyo, the host City and thanks to the activities of the Uyo Book Club, Nigeria’s FIRST BOOK CLUB’S CITY.

By all standards, it was quite an eventful week. A lot of it was spent in Uyo, Abak, Mkpatak, and Ikot Ekpene; traversing many Local Government Areas, all in Akwa Ibom State. The message was simple and direct:

Push the frontiers of reading at the Second National Conference and AGM of the Network of Book Clubs and Reading Culture Promoters in Nigeria, NBRP.

Talk about setting the standards. Talk about driving the dreams of an entire nation through a Book Club. From the first day at the opening ceremony, Lady Luck worked seamlessly with the stakeholders under the able and visionary leadership of Uyo Book Club Founder, Dr. Udeme  Nana, a Book enthusiast.

The roll call was almost endless,

This was not just about reading. Neither was it all about Libraries and the collaboration between book clubs. It was a festival of excellence as exemplified by the performances of different individuals and groups with an audience of invited schools and colleges.

This was for keeps, a purposeful fight to the finish against mediocrity, a bold affirmation for the D.E.A.R Philosophy of “Drop Everything And Read.”

Next was the opening ceremony: a captivating display of culture, dance, and spoken words that roused the crowd into bouts of excited applause. Such was the mastery of young Rosebeth Cletus that she held her audience in a spellbinding oratory. With his electrifying performance, there was no doubt that the legendary ballardist and playwright, Rev. Moses Ibanga Akpabio, author of ‘EVEN ONE CHILD’ who delivered spoken words both in English and Ibibio languages, stole the hearts of everyone with his masterful delivery. And to know he is more than 80 years of age! Still agile, still adept with words, he delivered extempore!

These and many other highlights added so much colour to the Uyo Book Conference that has set a challenging standard for upcoming events, and prospective hosts.

The interactive session was a powerhouse of compelling viewpoints that will impact everyone long after the last participant has unpacked from the trip and the thrill of the excursion to Top Faith Group of Schools and University, Mkpatak, has completely taken hold of our hearts.

The conference theme: Nigerian and African Stories: How They Fare in The Global Village drew broad-based discussants from across the globe. The Panelists were, Prof. Solomon Obotetukudo, Writer/Poet Uboho Bassey, with Prof. Joe Ushie moderating in a live stream discussion with Ikhide Roland Ikheloa, Prof. Nduka Otiono who joined from US, Ogaga Ifowodo, Iquo DianAbasi, long list of the 2022 NLNG Prize for Literature, Clara Udofa from the US,  Unyimeabasi Odong based in Canada, Saddiq M. Dzugoki, Farida Ladipo Ajayi, and a host of other participants via Zoom.

Contributions from the discussants ranged from the authenticity of African Stories, filtering our narratives to conform to the acceptability of a global pattern. Ideas varied across board but what became common ground was the agreement that our stories must be told, nonetheless. Publishing a good book will do nothing by itself until it is visible to the world, on the global scene, competing with other western stories.

Do writers write for economic gain/money or for personal fulfilment? Should African writers bare all – the negatives as well as the positives or should it be sugar-coated to appeal to foreign readers? These are some of the questions begging for quick answers.

Saturday 17th, Day 3 of the conference took Readers, Writers and stakeholders through an adventurous City Tour.
Starting from the sprawling edifices of the Watbridge Hotels & Suites to the magnificent Godswill Akpabio International Stadium (Nest of Champions) down to the breathtakingly beautiful Ibom Icon Hotels; the lush greenery of the golf course; the soul-gripping ambience of the Marina which deserves a leisurely return visit; the tour was exhilarating and eye-opening all through.

The next stop was at the Abak Library where the Book Club has found a great readership and community of disciples; a fast-growing infant birthed from the Uyo Book Club. The leadership welcomed the delegation with smiles and camaraderie and ushered them into the Library for a brief tour which ended in a brief but impacting session in the hall. The Book Club initiative of Dr. Udeme Nana has mobilized folks to return to long abandoned libraries which had become empty spaces occupied by cobwebs. Another example of the power of vision.

Next on the agenda was the visit to Top Faith Group of Schools in Mkpatak, Essien Udim Local Government Area of Akwa Ibom State. To imagine that one man could achieve in Education, what seems to be an impossible feat for the Government, is simply mind-blowing.
The group from Uyo was welcomed on arrival by the Founder of Top Faith Group of Schools Dr. Emmanuel Abraham who took the team on an awe-inspiring, jaw-dropping tour of the facilities in the school, including the world-class Libraries.

Areas like the Zoo held visitors in wonder at the sight of the animals, star of which was a pair of Tortoise that were brought out from their cage to satisfy the curiosity of a close first encounter with the animal. It is said they can feel their shell being stroked, scratched, tapped, or otherwise touched as they are sensitive enough to feel pain. A few of the team indulged in their daring by outrightly lifting the tortoise off the ground whilst a few scampered away in fear.
The next visit was to Top Faith University, a newly established private arm of the group. The infrastructure and faculty buildings are world standard, inviting students into the rare opportunity and privilege of a focused, innovative, entrepreneurial and developmental psychology in an institution with a tested and trusted blueprint for excellence.
The tour ended at the Senate Building where dignitaries signed the welcome register and an appreciative package was given to each member of the visiting team.
It was quite an impressive and impressed delegation that left Mkpatak, en route Ikot Ekpene for the Raffia City Book Club, hosted by Abom Tony Esu. Present already were students, and a crowd of readers waiting to receive the contingent from Uyo. Present at Ikot Ekpene were outstanding people like Senator Emmanuel Ibokessien, Nsikak Essien of the National Concord fame , Dr. Iko Ibanga of Pro-Health International, Prof. (Bishop) Ahaziah Umanah, Prof. Felicia Etim, Dr. Edet, a Chief Lecturer in a tertiary Institution at Bichi and a host of others.

The Uyo Book Club Initiative which is definitely growing bigger with the years is a call to go back to reading. All in all, Uyo 2022 was a great outing.