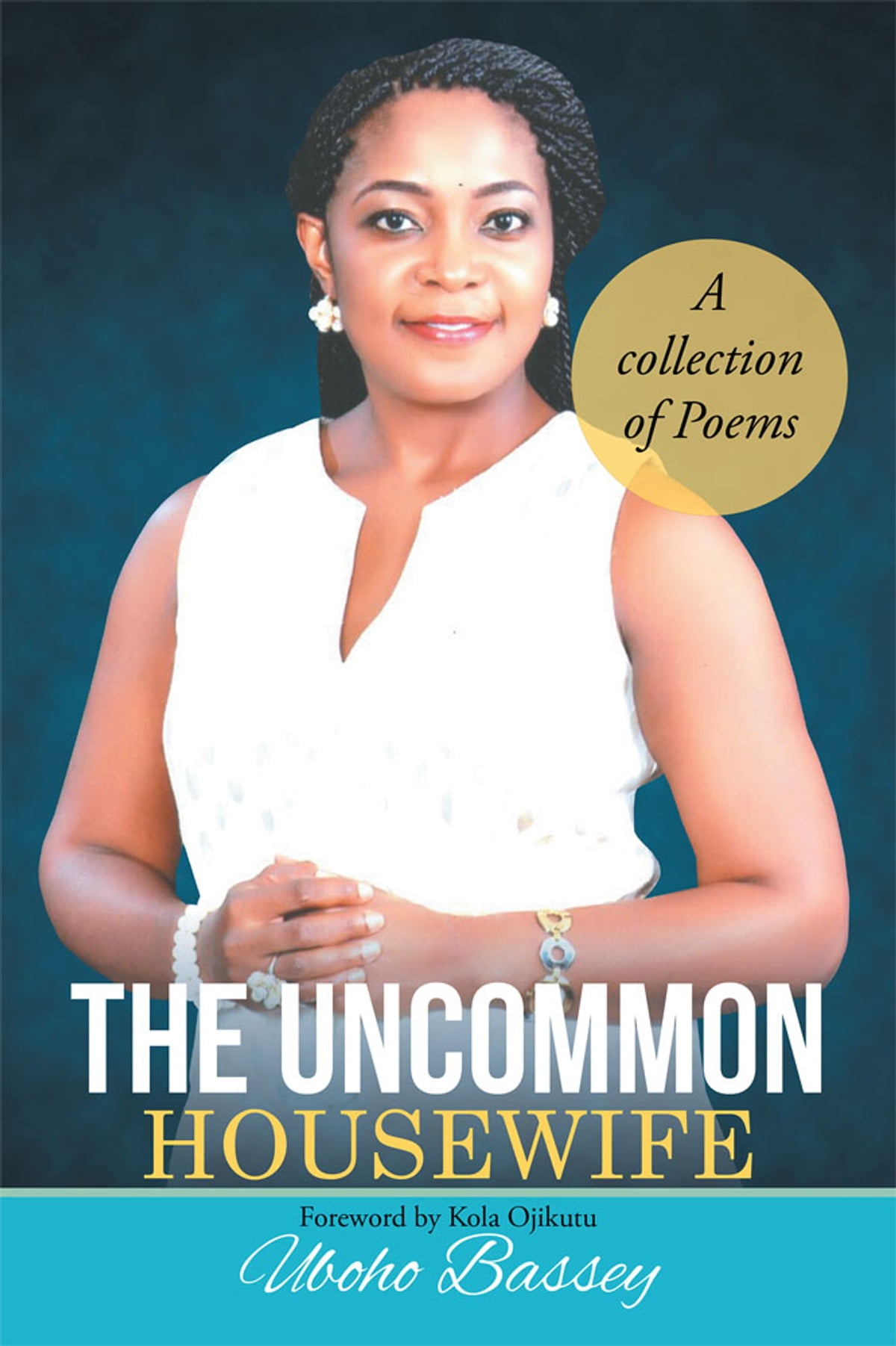 The Uncommon Housewife is Uboho Liberty Bassey’s debut collection of poems, published in 2015. The book is divided into five parts—- The Amethyst Series, The Emerald Series, The Ruby Series, The Peridot Series, and lastly, The Topaz Series.

It is a 251-paged compendium of 130 individually separate poems of 26 distinct poems to each part.

Most striking is my observation that all five parts are named after natural and chemical gemstones. Amethyst is a purplish transparent gemstone; emerald is a green grass-looking variety stone; ruby is a variety of highly valued mineral stone; peridot is a yellowish gemstone; and topaz is a blending of blue, yellow, brown or pink of high value.

It took me a second reading to discern the clustering of gemstones as the overarching schemata in the collections. But I am not going to do justice to 130 entries in one review. Instead, I’ll concentrate on selected items in part one, with the academic understanding that the broad bush is on what is flowing through the poems. And that it is impossible to do a comprehensive review of 26 poems in a single review.

Uboho Liberty Bassey comes across as a wife hurt. A woman wronged. A feminine scorned and shunned by the man she gave all her love to in her innocence, trust, fidelity, and compassion. This is typical of lovers and men or women who use, abuse, and oftentimes, misuse the ones who love and trust them the most. Hence betrayal is a common emotion in human relations.

The poet tries hard not to come across as a woman victim, or the injured and scorned feminine. But the harder she tries, the repetitive the tropes of blaming scapegoating, fears, self-affirmation, love, assertiveness, victimage, entrapment, freedoms, identification, and subversive tactics of the agents and agencies in the traditions and cultures of patriarchy.

This is a highly intelligent woman who straddles intellectualism and emotionalism. It is most apparent reading through this first part that, neither Uboho nor any writer- poet- intellectual can separate emotions from intellection. One informs the other.

But Uboho is an emotional human, as all other humans do, who attempts to justify and rationalize her (and their) vulnerabilities.

She is practical but religious. In a brush, she is intellecting emotionalism as all religionists would.

I run away from describing her journeys as intellectual because that would detract from her ‘commonness’ as a woman. Yet, she is The Uncommon Housewife, which makes her not so ordinary.

Uboho is intellectualizing when she writes about deep stuff and discerns the varieties of emotions, moods, methods, and messages of control, domination, assertions, and the counter defences toward her liberty and freedom. She makes common experiences in traditional marriages, uncommon by speaking about them. Part One opens with the poem, “Uncommon.”

With the cries of eleven, ‘I’s in every sentence of the eighteen sentences, of her first entry in her collection, she is exploiting anaphora as a literary device of repetition, to assert her un-commonness, her search and surge for liberty and freedom.

In so doing, Ms. Bassey stakes a claim to an intellectual housewife. She, in that process intellectualizes, reasons, speaks, rebels, performs and persuades.

She hardly entertains in the typical natures of human communication— inform, educate, persuade, and entertain.

Uboho is very practical and demonstrative. She thinks. She teaches. And she writes. She reminds me of my high and elementary school teachers, who hardly ever smiled; and had no room for laughs and jests.

She is a stoic and a taskmaster, with no time to play around. So, as a mother, she was the enforcer to the family; and when she attempted to negotiate that role, to that of a partner with the husband, crises deepened.

Purposes collided in the poem “Good Enough,” “Bring Back,” “Love or Judge,” “It’s Time,” among others in this part of the collection.

So, in this her first collection, she rarely uses figures of speech in the classical literal modes as speaking and writing devices.

Uboho Liberty Bassey’s first burst onto Nigeria’s poetic scene is an Ode to culture and traditions of marriage, patriarchy, womanhood, and freedom of personhood.

It is a serious work in contemplation or meditative discourse of liberation and all the associated freedoms— speech, association, worship, protest, press (writing, speaking, etc), and religion.

I would have rather she replaced the word “empowerment,” with ‘impowerment,’ for her passion from inside out. She is imploding from the inside out into the centre of womanism; Not feminism.

Many women court and curry comforts and calumny when confronted with male aggression, but Uboho just walked away of her own volition, and from her inner visions of who she believed she is, can become, and went passionately in search of what she always wanted.

Maybe, this is where her blaming and scapegoating of the husband come in. In these moments of fear and not-knowing, Uboho betrays her humanity. Weak yet strong; bold but anxious; hateful and loving. As is common to all humans facing the unknown Uboho was conflicted. Then she found redemption in the Christian religion.

All poems are reflective and inflective. In “Afresh,” “Finally Free,” “Musings,” “Happy,” and “Like the Phoenix,” Uboho credits her inner strengths to her unseen God.”

I wish she was more secular. But I cannot speak for her(Remember the book, Man Cannot Speak For Her!).

A seriously focused purpose is the life of the mind. It requires time, commitment, sacrifice, and consistency to be and remain uncommon.

Purpose is a mission and a vision. Purpose is motivational. Uboho is on a mission. In the poem “Like the Phoenix,” Uboho Bassey is a bird, “Bound but not broken, wounded, but not destroyed,” because she ” wanted to see the world spread out beneath,” with her god being “the wind under my (her) sail” as she “yearned to breath (ed) in the smell of the winds” while she “dreamt of hunting the open skies for laurels,” with all the freedoms she has earned through her diligence, persistence, and consistent endeavours.

I would unhesitatingly recommend this volume be required reading for undergraduates in English Language, Literature, Classical Studies, Cultural and Communication Arts, and Women Studies, as well as the Dramatic and Theatre Arts Department.

There are more entries in parts two through five in the collections. I invite other literary and liberal arts enthusiasts to dig in and attempt to unveil the hidden gems in this literary compendium of poetry.

By UBC DeskNovember 10, 2022Book ReviewsComment on The Uncommon Housewife by Uboho Liberty Bassey: A Review by Solomon Obotetukudo