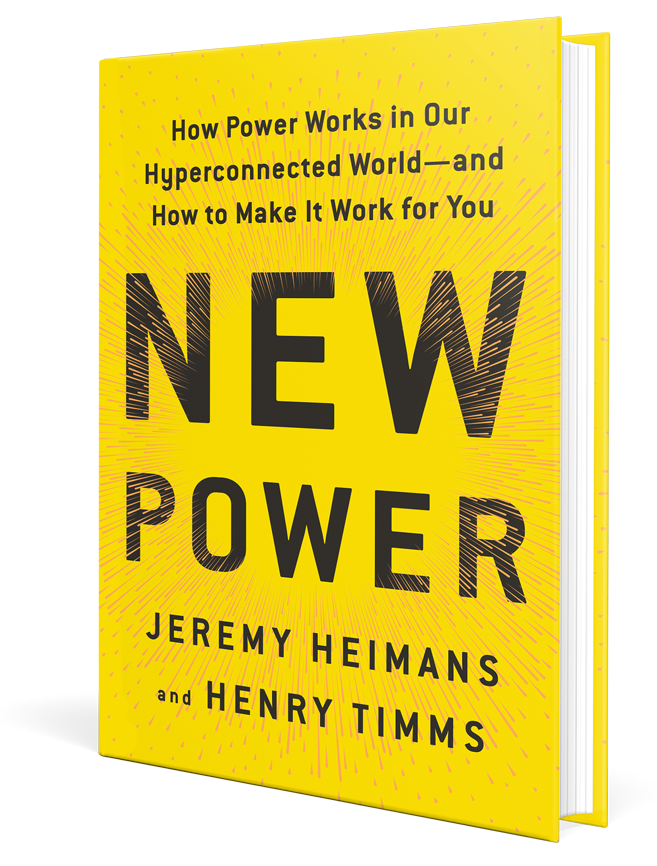 “If you do not understand new power,

you will not fare well in the new networked world

of the twenty-first century. It’s that simple.”

Wake up! There is a brand new world upon us and still evolving. Power, “the ultimate  aphrodisiac”, according to Henry Kissinger and the “ability to produce intended  effects,” as affirmed by Bertrand Russell (1872-1970), is shifting as never before. Power  is changing hands and being wielded by new and ‘disruptive’ powerbrokers in  frightening new ways.

The ability to wield power is usually in all of our hands with smart electronic devices  and tools in a hyper-connected world. Today’s ever-present connectivity has disrupted  the traditional top-down dynamics of power and demystified the aura and awe of power  and authority. This novel hyper-connectedness with a potent ‘crowd-pulling-effect’ has  given birth to new power models and mindsets enabled by crowd togetherness to shake  and shatter old power models and shape the New Networked Age. The new power is a  potent new force to be reckoned with as it continues to erupt across the world causing a seismic wave in politics and workplaces. To bring it home, just refresh the recent  phenomenal happenings during the #EndSARS protest in Nigeria.

The book, Newpower by Henry Timms and Jeremy Heimans is thought provoking, eye opening and extremely insightful guide to “why outsiders are winning, institutions  are failing, and how the rest of us can keep up in the age of mass participation.”

The authors examine how the nature of power has changed, and how this ‘New Power’  is already shaping who governs us, how we work, and even how we think and feel. They  showcase with numerous case studies how the rise of new power is shifting people’s  norms and beliefs about how the world should function and our place in it.

The rallying  cry for this new wave has been to “disrupt,” with traditional institutions being quickly  classified as dinosaurs or ‘old school’ and earnestly instructed in the trending ways of  the future by smart, savvy, internet-propelled generation. Often the old generation is  being rudely impacted by the invasive forces of the new power. Such has given rise to  a world of colliding – and overlapping – old and new power forces.

The rising generation surfing on the wave of new power considers the old power generation a drag on the fast changing world. The younger generation of techies dream  of telling the older generation what to do and sometimes marginalize them by  communicating in strange languages, codes and algorithms.

For instance, they push out  a press release with such deliberate parody to befuddle the non-initiate: “The campaign  positions…to seize today’s emerging zeitgeist of entrepreneurial flexibility, rapid  experimentation, and doing more with less. It pushes against bureaucratic over thinking, analysis-paralysis, and excessive whiteboarding.” And they (the new power generation) feel cool about this form of communication, which many of the old  generation will dismiss as gibberish. The reality is that the dazzling new frontier being  envisioned cannot be sustained by “revolutionary eruptions.” Experts insist that leading  through transitions requires a smart blend of traditions and innovations, past, present,  and future. Those efforts need “shapeshifters” with the abilities and skills to get the  best of both worlds.

The authors assert that the future will be a battle over mobilization. “The everyday  people, leaders, and organizations who flourish will be those best able to channel the  participatory energy of those around them – for the good…the bad, and …the trivial.”

Put differently, the future belongs to those who can spread their ideas better, faster  and more durable. The tools of trade for effective engagement in that future are  embedded in the playbook of the newpower. It is imperative that for those (old and  young) desiring a life of functional utility; they must adjust, adopt, and adapt to the  changing new world and become active participants by integrating into the new power dynamics.

By UBC DeskJune 4, 2022Book ReviewsComment on New Power by Henry Timms and Jeremy Heimans: A Review by Sunny Udoh