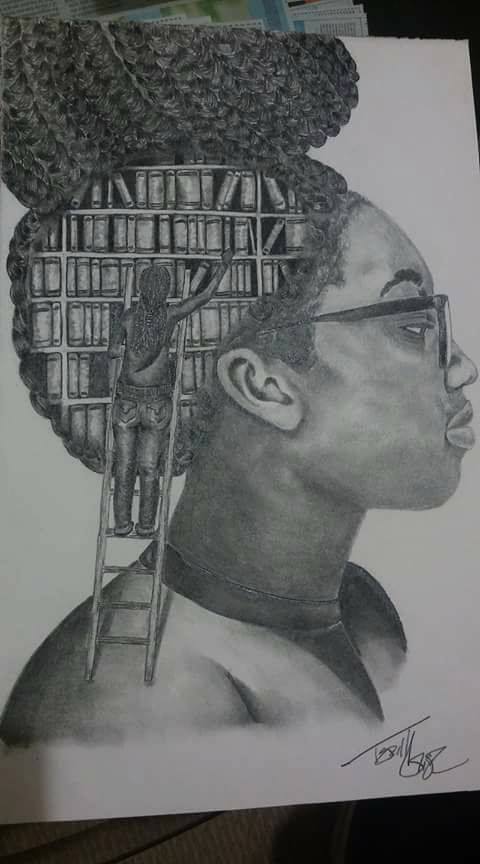 They call you bookworm, the person that reads books all day, always peering into big books and always talking about books. They do not understand you and you do not try to make them understand.

You were a playful girl at childhood, always playing with the kids in the village. Your father had large farmlands with various crops growing on them and your mum and siblings all worked on the farm.

The first day you mentioned to your father that you wanted to go to school, he dismissed your request. He ordered you to go help your mother cook in the kitchen. He said that a girl’s place is in the kitchen and not in school. You cried and sulked because although you were three years of age by then, you had begun to appreciate the importance of education. You had met and became friends with Mmedara, Pastor Ekong’s daughter. Mmedara had spoken in English language. She showed you her books. She had shown you some of the things they were taught in school. Mmedara had read a storybook to you and you could only watch in admiration.

You pleaded with your mother to help convince your father to allow you go to school, but she took sides with him.

“Sifon, a girl does not need education, it is a waste of time. You need to learn how to cook and do household chores so that you would marry a rich man and take care of him and all the children that you would give birth to”

You were disappointed that your parents were so obstinate. You contemplated running away from the house to the big city but you were only a small girl. So you never talked about going to school anymore but within you, you kept dreaming of being educated, you dreamt of writing books. They were inside your head and you couldn’t tell anybody as the years rolled by.

Tragedy struck your home one night as your father who had gone hunting in the forest was attacked and mauled by a lion. He was brought home and died as soon as he entered the house. Your world came crashing.

Your father’s male relatives took over all his properties. They sent you, your siblings and your mother away. You were sent to live with a distant cousin in the big city.

Your cousin was a teacher in a secondary school. He was infuriated when he gave you a book to read and you shook your head and told him that your father didn’t enroll you in school. He told you that you had a long way to go. The next morning, he took you by the hand and enrolled in a primary school.

The pupils laughed at you when you got into the classroom because you were far older than them and couldn’t say a sentence in English language. You became the butt of jokes every day as the teachers and pupils took turns to mock you as the class dummy. You would cover your face with your palms in shame. You would cry and wish your father had allowed you go to school years ago.

You would tell your cousin that you were not going to school anymore because you were mocked and had no friends. He would encourage and assure you that you were going to pick up if you kept going. He would make you read extra books and would give you private lessons at home.

You became top of your class when you entered secondary school. You were no longer the class dummy.

“Who wrote this?” The class teacher asked one day, waving a piece of paper in front of the class.

You knew it was you. The paper must have slipped out of your exercise book when you submitted your assignment at the teacher’s desk.

The class denied ownership until a pupil recognized the handwriting as yours.

“I wrote it” You owned up in a meek tone.

“Did you write this or you copied it from a book?” Your teacher interrogated.

“No sir, I wrote it by myself”

“She is a genius! She would go far” The principal declared.

That was years ago but you can still vividly remember the principal’s commendation of your essay on the girl child. It fuels your passion to write books that would fill up shelves, books that people would need ladders to climb up to reach. Now you are in the university and they call you ‘bookworm.’ You are just biding your time, and you would show them what a bookworm can do.