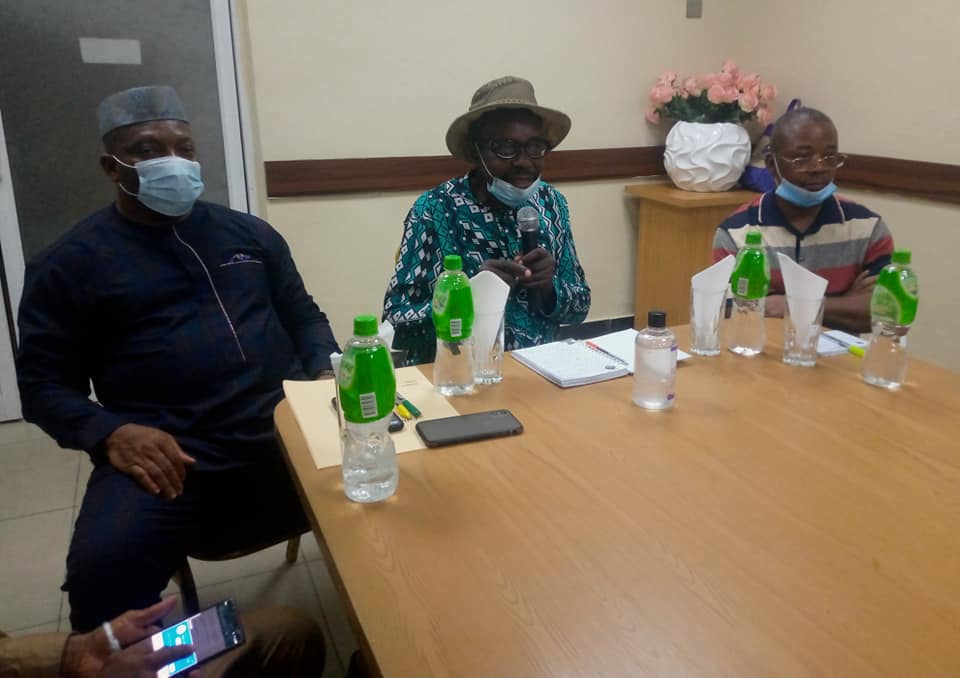 The need to tap into the rich reservoir of our African cultural heritage for the enrichment of  literary exertions has been espoused by readers and scholars at the Uyo Book Club.

This among others was part of the submissions arrived at by discussants and other participants during the August Reading Session of the intellectual community held at the William Shakespeare Room, Watbridge Hotels&Suites, Uyo.

Opening the floodgate of the Achebe discourse with a well detailed review, the Lead Discussant and an eminent Professor of  Communication Arts Prof. Des Wilson highlighted  the influence of culture in all of Achebe’s works, praising particularly his rich and extensive use of  Igbo proverbs and maxims.

Prof Des Wilson took out time to speak on the character of the man, Achebe, his convictions, the simplicity and cultural depth of his works and his impact on African literature. He took time to review 15 of Achebe’s proverbs and their applications in daily life. He called on writers to follow Achebe’s footsteps by using their writing skills to promote their culture and traditional values to the world and stop the mimicking of western culture.

Also speaking, Patron of the Uyo Book Club and a former Commissioner in the State, Rt Hon.(Dr) Ekong Sampson brought into light the legacies of Chinua Achebe, the impact of his native African culture as reflected in his works and the near prophetic significance of some of his iconic characters including Okonkwo, Unoka, Ogbuefi Ezeudo, Obi Okonkwo, Clara, Ikemefuna among others, saying that Achebe created defining characters who have remained timeless in lessons and recourse.

Dr Sampson equally borrowed from Achebe’s portrayal of Okonkwo in Things Fall Apart to draw moral analogies on the human concept of public validation and the claims of ‘being thought weak or a weakling’ if one failed to exert considerable reaction to some of life’s numerous issues.

The erudite former State Assembly Member for Mkpat Enin, who currently serves as Chairman of the Local Organizing Committee of the fast approaching National Network of Book Clubs and Reading Promoters Conference, Uyo 2021, also spoke about the need for Africans to bear names from their culture.

He criticized the change of Ibibio names to English just to suit socio-religious validations, saying that our names  define us as a people and an ethnic group.

Dr Sampson reasoned  that the cause of why people change their Ibibio names was because of the myths and superstitions they have inculcated, explaining further that names do not necessarily affect the lives of the people who  bear them.

Other speakers on the evening including Film maker, Aniebiet Francis  thanked the Uyo Book Club for organising the special session on Achebe. She said as a filmmaker she was challenged by Achebe’s portrayal of Igbo culture to the world and pledged she would do more to showcase Akwa Ibom culture in her movies. She decried the lack of cultural depth in local Akwa Ibom movies as compared to Igbo movies owing to lack of depth in script writing. She appealed to Akwa Ibom writers to put more cultural depth in their stories and stated her readiness to work with writers to showcase Akwa Ibom culture in movies.

Earlier in his tone setting, the Founder of Uyo Book Club, Dr Udeme Nana welcomed all to the Achebe Day and explained on the essence of choosing  these great writers for attention assuring that the Book Club will continue to provide the needed canvas for social intellectualism of the people. He observed that though Chinua Achebe is physically dead, he was still alive through his books emphasizing that ‘writers don’t die’. Achebe’s books would remain through time, Dr Nana said. The Mass Communication Scholar said Achebe was an inspiration to several writers and created a literary fervency among his people. He made Igbos to be proud of their Igboness wherever they found themselves in the world. “This is the kind of awakening this Book Club wants to drive in this state”

Highpoint of the day was the presentation of a branded National Book Conference T-shirt with a matching cap to the Guest Reader, Prof Des Wilson by the Uyo 2021 LOC Chairman, Dr Ekong Sampson.