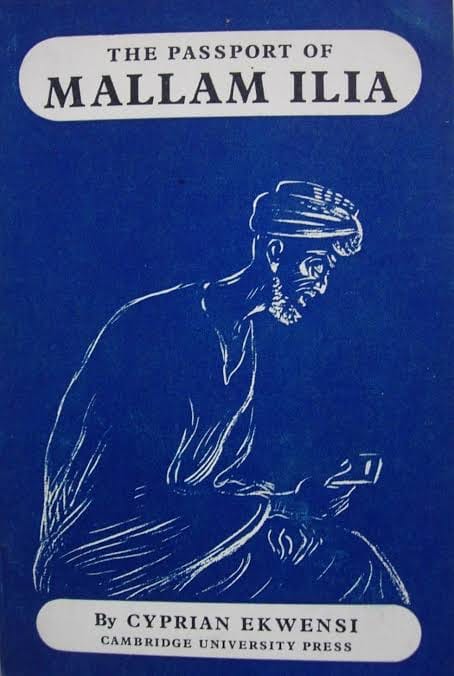 Writers are arguably prophets, they can predict future events and activities in detail in their writings.  The muse exposes the hidden secrets of the universe to them and they capture it in their prose, poetry and drama. Here are three times where writers accurately predicted the future.

3. The Passport of Mallam Ilia by Cyprian Ekwensi

“No one could tell me the whereabouts of Mallam Usuman. Many people said that they had seen him at Sokoto, and some reported that after the last onslaught he was seen at the head of the retreating troops…”

“At that time, the whole of Northern Nigeria was in disorder. Some Emirs had fled….”

“The roads at this time were about as safe as a lion’s den. You could not travel outside Kano without being waylaid by masked horsemen and killed or robbed. One of the wildest and more notorious groups at large was said to be headed by Mallam Usuman. He had terrorised the whole of Northern Nigeria from Maiduguri in the East to Sokoto in the West”.

Those are excerpts from Cyprian Ekwensi’s book, “THE PASSPORT OF MALLAM ILIA” written way back in 1960.

Replace the character Mallam Usuman with Mallam Shekau and one would believe it is the prevalent situation in those parts today. This shows that history repeats itself and that we are “moving in circles”.

2. A man of the People by Chinua Achebe

Chinua Achebe’s fourth novel, A Man of the People (1966), went beyond the Umuofia-verse and is set in an unnamed African country in the early 60s, a period marked by Independence movements across the continent.

In that novel, party politics is the game and no longer would the quality of a man’s thought be gauged by what he says. The book famously “predicted” a military coup, the writer letting his imagination ponder the severity of tensions in the country since its Independence in 1960. It’s now part of literary history, how his great contemporary J.P. Clark, having read an advance copy, burst into a room filled with Nigerian writers, and shouted, “Chinua, I know you are a prophet. Everything in this book has happened except a military coup!”

A coup, led by Major Chukwuma Kaduna Nzeogwu, would unravel only days afterwards. It was January 1966. A counter-coup, which ousted Major General Aguiyi-Ironsi, followed in July. The tribal and political implications of these coups culminated in a war, the Nigerian forces against secessionist Biafra, occupying the eastern part of the country. Achebe, born in Ogidi to Igbo parents, fled the unsafe Lagos and took on an ambassadorial role for Biafra.

H. G. Wells is believed to have had the brain of alien species. He is considered the father of science fiction for many reasons. The major reasons are his predictions and his thoughts about the future which were incredibly accurate. Although many of his predictions are yet to become reality such as Invisible Man, Time travel and Interplanetary warfare that he explained in different novels. Predictions that already have become reality are Nuclear weapons, Moon landing, genetic engineering, lasers and World War II.

His best-known prediction is found in the book “The world set free” published in 1913 in which he described the destruction made by incredibly powerful bombs that are now known as Atomic bombs. It’s scary to know, how he predicted things so well. Was he some kind of time traveller or something? Who knows?