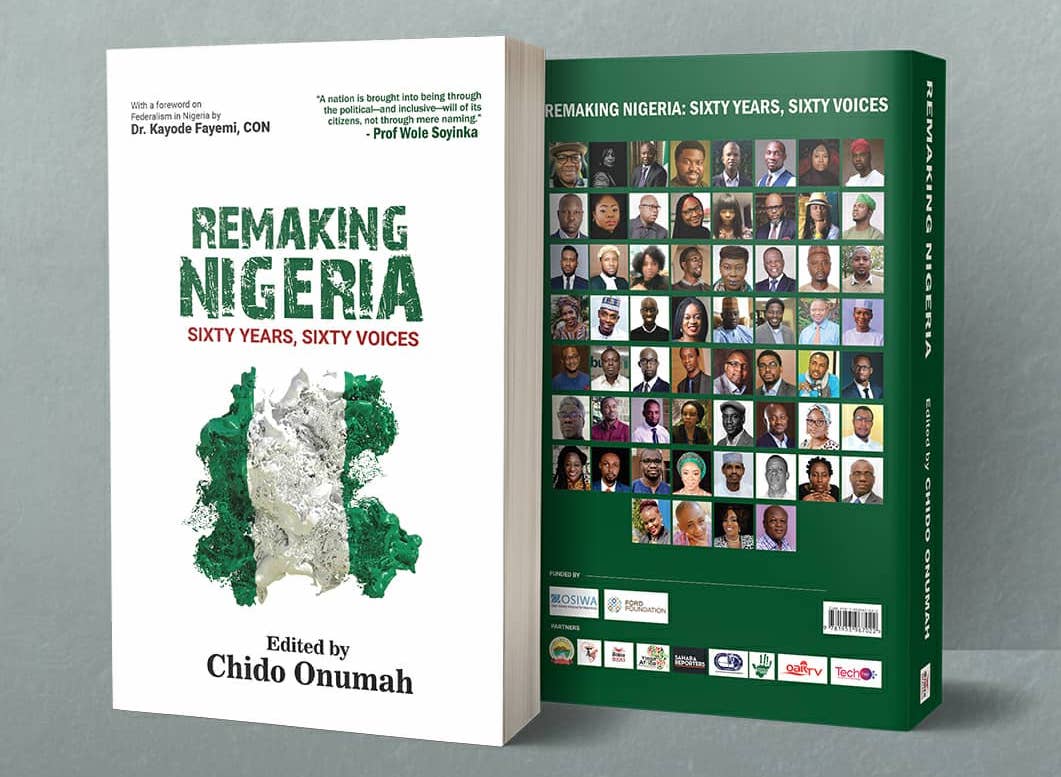 “We all do better when we work together. Our differences do matter, but our common humanity matters more.”
– Bill Clinton

“Each generation must out of relative obscurity discover its mission, fulfill it, or betray it.”
– Franz Fanon

Nigeria is hot news, any day! Its capacity for springing surprises is legendary. The news about the country encompasses the good, the bad, and the ugly. And in the nature of what trends as news, the not so pleasing and pleasant dominate the headline news on Nigeria.
It’s the country of Wole Soyinka, Africa’s first Nobel Laureate in Literature. Philip Emeagwali, a global acclaimed computer scientist is an unapologetic Nigerian in Diaspora. Aliko Dangote, the richest black man in the world is a Nigerian and equally so for the woman equivalent, Folorunsho Alakija. In stark contrast, Nigeria as a country is home to the largest number of the wretched of the earth hence the world’s poverty capital. The world retains fun memories of the dazzling and mesmerizing skills of many Nigerian sparkling athletes including Dick Tiger, Hakeem Olajuwon, Nduka Odizor, Modupe Oshikoya, Chioma Ajunwa, Asisat Oshoala, and Jay Jay Okocha to mention but a few. The world is forever amazed with the exploits of Nollywood with the humongous volume of its movie production at incredibly low budgets and the sheer number of talents with remarkable performance. The country of Nnamdi Azikiwe (Zik of Africa), Tafawa Balewa (the golden voice of Africa), Emeka Anyaoku, Amina Mohammed of the United Nations, Ngozi Okonjo-Iweala, and Akinwunmi Adesina. Ramon Olorunwa Abbas popularly known as Hushpuppi and Obinwanne Okeke aka Invictus Obi are a peculiar Naija brand with huge global followers. Obafemi Awolowo reputed as an astute manager of men and resources, strenuously sought after an opportunity to take charge as the country’s leader at the national level but was resoundingly and severally denied. It is the same country that Gen. Sani Abacha ruled for five dreadful years. It’s a country many love to hate but unable to ignore or write off. Most people are awed by its audacity, dazed by its diversity, revered by its resourcefulness, curious by its complexity, shudder at its simplicity, and offended by its obtuseness.

The book, REMAKING NIGERIA: SIXTY YEARS, SIXTY VOICES, edited by Chido Onumah is a compendium of essays that reads like a manifesto for renewed national development. There is the parable of some blind men and an elephant. The description of the elephant was as varied as the reporting blind men. As the tale goes, the varied descriptions brought about acrimony among the blind men largely because of their respective limited experience and distrust of each other’s view. This book proclaims the voices of sixty select authors providing insights from many perspectives mostly on Nigeria’s leadership and followership deficiencies. Unlike the experience of the blind men
and the elephant, the contributions of the sixty authors are insightful and a collection of valuable resources for enlightened and informed policy direction. The book was designed as a commemorative project at Nigeria’s 60th post-independence anniversary and first published in October 2020.

The careful selection of sixty quality contributors with substance, passion, anger, patriotism and hope is remarkable and heartwarming. The book editor insists that “A new Nigeria is possible.” His vision is a Nigeria that is meaningful, modern and relevant in the 21st century. The relics of the creation of “the British Empire, the Royal Niger Company, Sir Frederick Lugard, internal colonialists or the new
imperialists” must be banished. The architects for the “new Nigeria” are young Nigerians who must accept the responsibility for the future, end the blame game and get involved in the quest to reclaim and remake Nigeria. ‘Fisayo Soyombo, an unusual and dare-devil investigative journalist cautions that “On our troubles as a nation, there are no quick fixes.” He shares a rare optimism in the emergence of the “new Nigeria.” In Soyombo’s words: “Nigeria is still blessed with people of knowledge, conscience and integrity who, though in the minority, are capable of propelling us to the path to fulfilling the promise and hope of independence. But only if we manage to get them into key leadership positions.”

The book qualifies as a collector’s item. It is worth the investment in acquiring, reading, studying and keeping it as a valuable resource for reflection, renewal, and repositioning of a country full of potentials, prospects and promises. We should all, sincerely, hope for that New Nigeria to come, in the not so distant future! Do have a reflective Democracy Day!