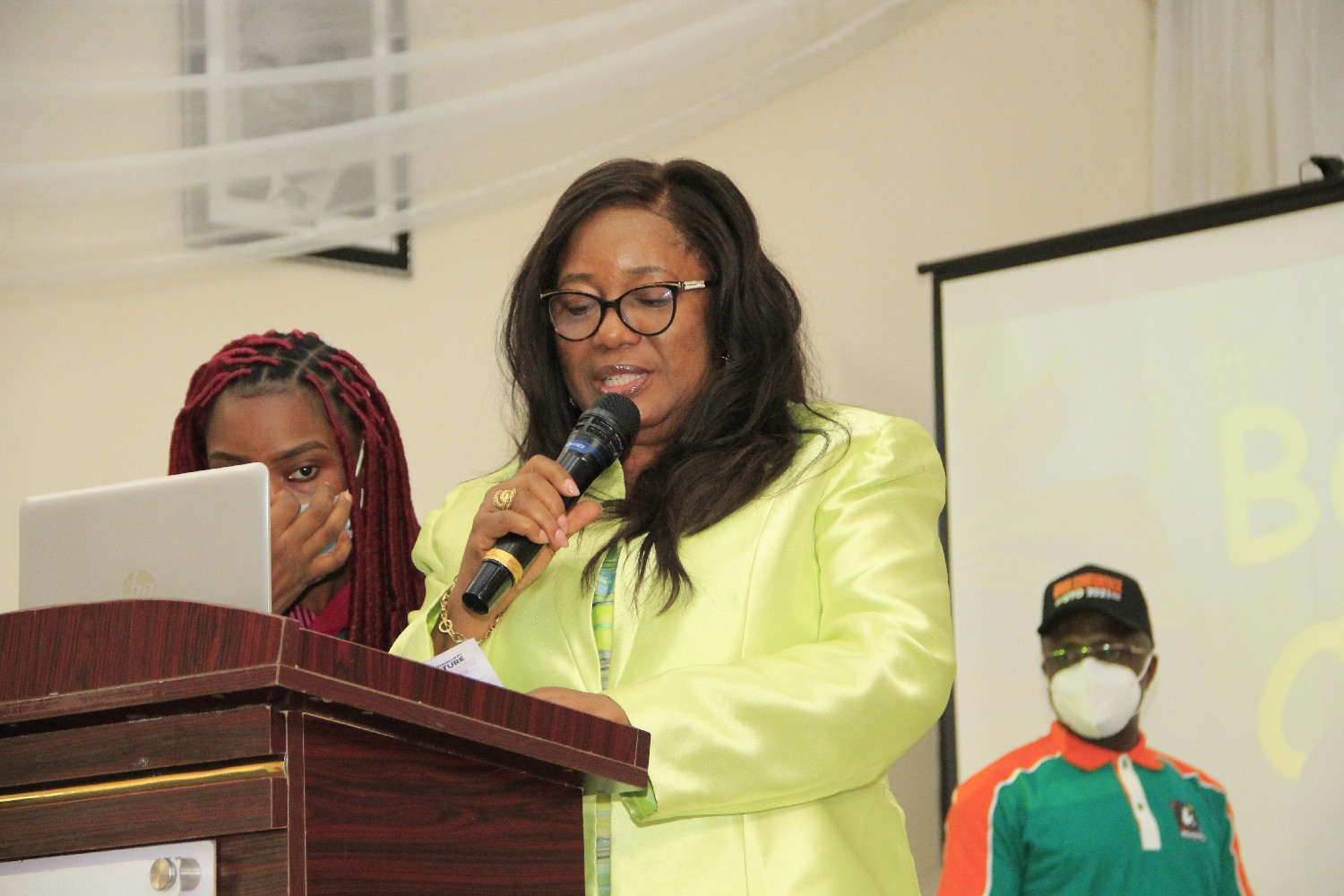 The National Book Clubs Conference, Uyo 2021, has ended with a charge on public libraries and other content related centres to play more active roles in shaping the future of e-publishing in the country.

Presenting a keynote address on the theme: “The Place of Public Libraries in the Age of e-books and the Challenges of Social Reading” the Librarian of the Federal University, Otuoke, Professor Felicia Etim, described public libraries as “the people’s university, the local gateway to knowledge, decision making and cultural development of individuals and social groups.”

Professor Etim, who spoke at the opening ceremony of the confab, held on Friday, September 17, at the Watbridge Hotels and Suites in Uyo, said that public libraries were still needed in the age of e-books as they were essential for readers’ development, providing reading spaces at no cost, social interaction platforms as well as opportunities for skill development.

She called for a synergy-biotic relationship to be cultivated between public libraries and book clubs, noting that both “have a common goal which is to cultivate good reading habits and skills in citizens”. Etim, stated that the cooperation would far outweigh individual or group contributions and would also facilitate the evolution of the reading culture in the society.

Etim, lamented that “less than 5% of the public libraries were equipped and empowered to make e-books available and accessible to citizens” urging that ebooks have come to stay, as such, the paradigm must be shifted.

The Don, while mentioning that neither public libraries nor book clubs can unilaterally overcome the challenges of social reading in the society, proposed a model she called “Public Library-Book Clubs-Purposeful Reading (PL-BC-PR Model)” as the sine-qua non for readership development.

In his opening remarks, the executive governor of Akwa Ibom State, Udom Emmanuel, represented by the Commissioner of Education in the state, Mrs. Idongesit Etiebet, commended the Initiator of Uyo Book Club, Dr Udeme Nana, for his effort to reawaken intellectual curiosity among young people.

He expressed the hope and belief that the book club will help engender robust reading culture in the state, and expand knowledge base of the people across layers of human experience and still deepen core professional bonafides of its people.

The deputy governor of Akwa Ibom State Moses Ekpo, who was represented by his Spokesperson, Ekikere Umoh, congratulated the founder of Uyo Book Club on the successful hosting of the occasion. Ekpo, while commending the Book Clubs network for the effort put together and choosing the state for the confab, pledged continued support for Uyo Book Club’s activities.

In his homily, the Chairman of the occasion, Barr. Assam Assam, who was represented by Abom Tony Esu, thanked Uyo Book Club for the efforts in organizing such an event and appreciated the Network of Book Clubs and Reading Promoters in Nigeria for choosing Uyo for the conference.

Speaking earlier, the president of the Network of Book Clubs and Reading Promoters in Nigeria, Mr. Richard Mammah, appreciated the guests for honouring the invitation to the conference.

Mammah, narrating the journey of the network, stated that the NBRP which is under two years old, began in February 2020, just before COVID-19 disrupted physical activities.

He said the network, due to the constraint of public activities by the pandemic, continued virtually which consistency has formed the basis for its first physical national conference.

In his goodwill message, the president, Booksellers Association of Nigeria, Mr. Dare Oluwatuyi, applauded the NBRP for its efforts in its short operational period, to gather all the relevant book frontiers in Uyo. He noted that “with this promising beginning, we can only look forward to even more contributions and achievement from the network in building and advancing the fortunes of our shared book space going forward”. Dare said.

Highpoint of the conference was the presentation of award to Akwa Ibom State Governor, Udom Emmanuel, as the grand patron of Book Clubs in Akwa Ibom, Lifetime Achievement award to former Newswatch icon and one time International Journalist of the year, Ray Ekpu, as a Patron of Uyo Book Club. Pastor Nyaknno Osso was also warded as The Most Accomplished Information Manager in Nigeria.

The confab took a different turn on Saturday, September 18, as delegates were hosted with varieties at The Esu Centre by the Raffia City Book Club in Ikot Ekpene.

There, members of the club presented the convener of Uyo Book Club, Dr Nana, with a unique art work to appreciate his effort for steering the wheel to reposition reading culture among the people.

Other activities that coloured the confab were spoken word, social interactions, discussions, cultural dances and tours.