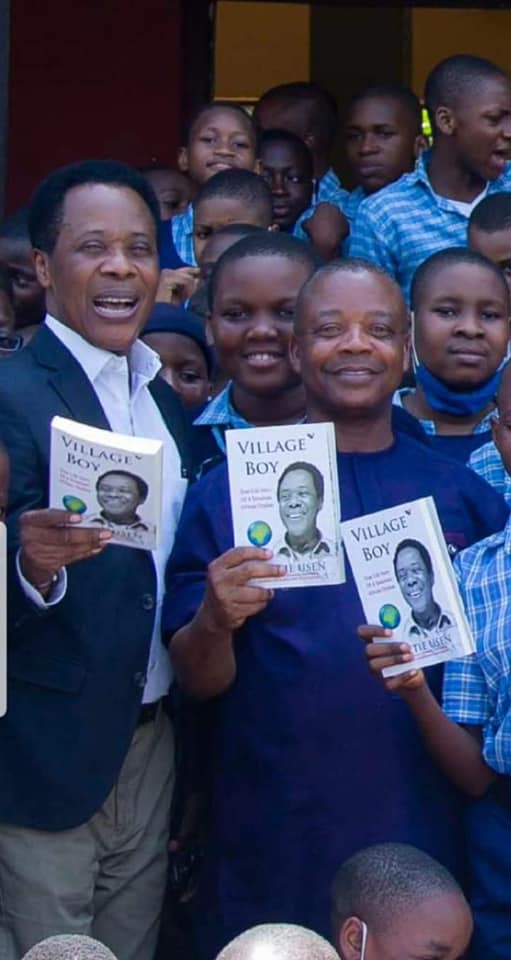 “I like the shape of your head, it looks like a head with a working brain, I am going to employ you to work with me,” Mr Anietie Usen said to Udeme Nana.

The year was 1993 and both men were inside the office of Nnamso Umoren, then press secretary to Governor Akpan Isemin of Akwa Ibom State.

Nana used to run errands for Mr Nmanso Umoren as a young graduate and it was on one of such days that Mr Anietie Usen came visiting. He, Mr. Usen was then a Special Assistant to Governor Akpan Isemin.

Mr Usen had just been appointed the Sole Administrator of the state-owned Pioneer Newspaper and was searching for talented young people to work with.

At the end of the interaction in the office, he employed Nana, a fresh graduate of Mass Communication who completed the NYSC a year earlier without even bothering to know his local government of origin.

The duo worked together in the newspaper house.

Nana became Anietie’s go-to person for handling difficult tasks and assignments, one of which was traveling to Bakassi to report the military showdown between Nigeria and Cameroun in the Bakassi peninsula.

As the years went by, they moved on.

Mr Nana went on to become media adviser to two governors while Anietie Usen became a top Director at NDDC.

Inside his house, Anietie Usen scribbled thoughts and recollections of his life while growing up as an orphan in the village.

Village Boy was published and it was time to launch it.

Usen wondered who he could meet to help push out the book, present it to the public, publicize it and make it go places.

Then his inner voice told him, “Go to Udeme Nana”.

He nodded his head, Nana was a man he had watched organize successful book launches in Abuja for the high and mighty.

He had become a well-respected scholar and Founder of the leading Book club in Nigeria, the Uyo Book Club

Usen got into his car and drove down to the serene residence of Udeme Nana.

Amid hearty conversation and refreshments, he revealed the purpose of his visit.

“I have just written a book titled, Village Boy. You are the first person that I am telling this . I need your help to push out this book”.

There was no way Nana would say No to his ex-boss.

Village Boy was launched in February 2021.

Nana took Village Boy to Uyo Book Club and introduced it to the members.

Mfon Ebebe, one of the members of the club who was attending the reading session for the first time, borrowed the book to read at home.

She was engrossed with the story.

She recalled she had access to a UN nomination link for a United Nations literary award.

She casually nominated the book and forgot about it.

Village Boy had won the United Nations’ Sustainable Development Goals award and had been selected as the best of five books nominated for the 2021 World Book and Copyright Day.

Today, Village Boy has been translated into four international languages.

It has been adopted as a textbook in three departments of the University of Uyo.

A stage play by the Department of Theatre Arts has been staged on the book.

Plus many more recognitions and future opportunities.

1. One good turn deserves another.

2. Building and maintaining relationships is important.

3. One should not look down on others. The person you are looking down on today might be the person to lay a foundation for you to climb on in the future.

4. A young man you employed could turn out to be the one with the key to your success and fame.

By Iniobong UmohMarch 1, 2022NewsComment on How Village Boy by Anietie Usen got into the limelight