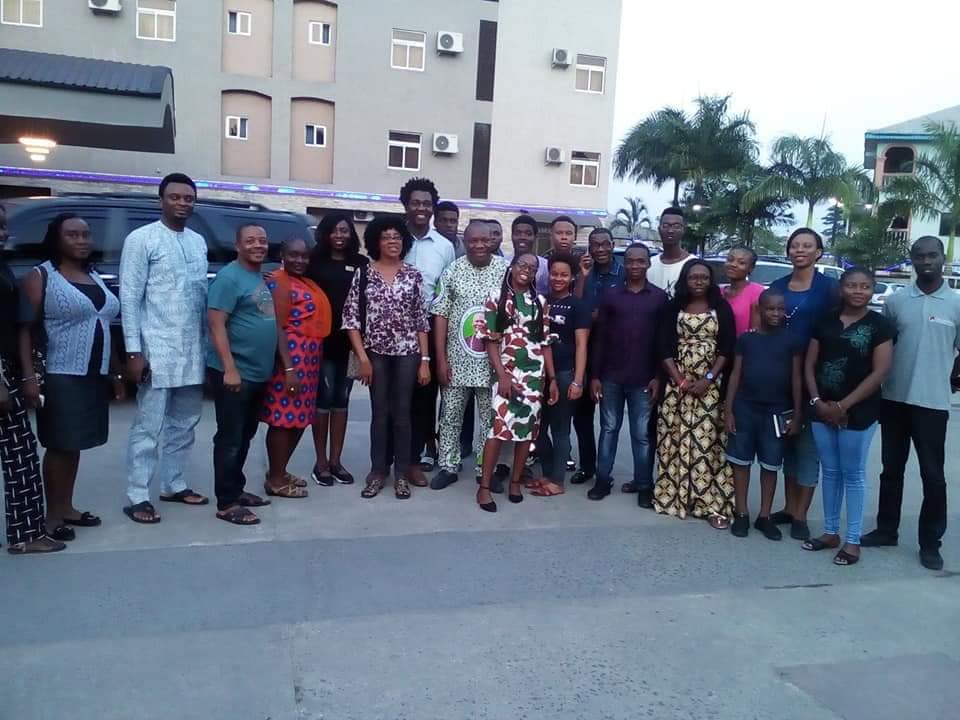 Jude Idada promised to bring light, enlightenment and inspiration to “An evening with Jude Idada” and he did just that.

He started by giving a background about himself.
Growing up, books and reading occupied center stage in his family. He started writing when he was 8 years old. He said he fell in love with writing after his dad gave him a big book titled, “The Kon tiki” expedition to read. The adventurous story captivated him and he imagined himself sailing on the pacific ocean with the explorers in the story.

He began writing but his first manuscript that he gave his teacher to read and give an opinion was seized by the teacher and was never returned.
He continued writing and became the resident storyteller as his classmates would gather around him to read and listen to stories that he created out of his imagination.

He talked about his writing style online which he said is different from the styles used in his books. His online style is designed to capture the reader’s attention and emotion and take the reader along a journey to an uncertain end using short simple sentences and words. He explained why he writes every day.

He stressed that Nigerian writers need to create an identity and a “language” that will be able to capture the attention of the public if they are to make any headway in this age of social media and TV.

He admitted he is blessed to be gifted with the ability to write across platforms, as a screenwriter, playwright, poet, novelist and song writer.
He read from Chapter 3 of Boom boom and took questions and contributions from the audience.

Boom Boom, the award winning book is titled after the nickname of his niece and is focused on sickle cell anaemia from the eyes of an eight year old boy. Mr Jude said he got inspiration to write the book from the personal experience of his warrior friend and from the need to use his writing talent to highlight a critical issue in the society.

He revealed he is working on a new book project.

He autographed copies of his book and dropped some for sales to interested persons.

He promised to return to Uyo at a later date.

This is just a fraction of what went down at the special session that lasted till 9pm. It was an inspiring and illuminating session.