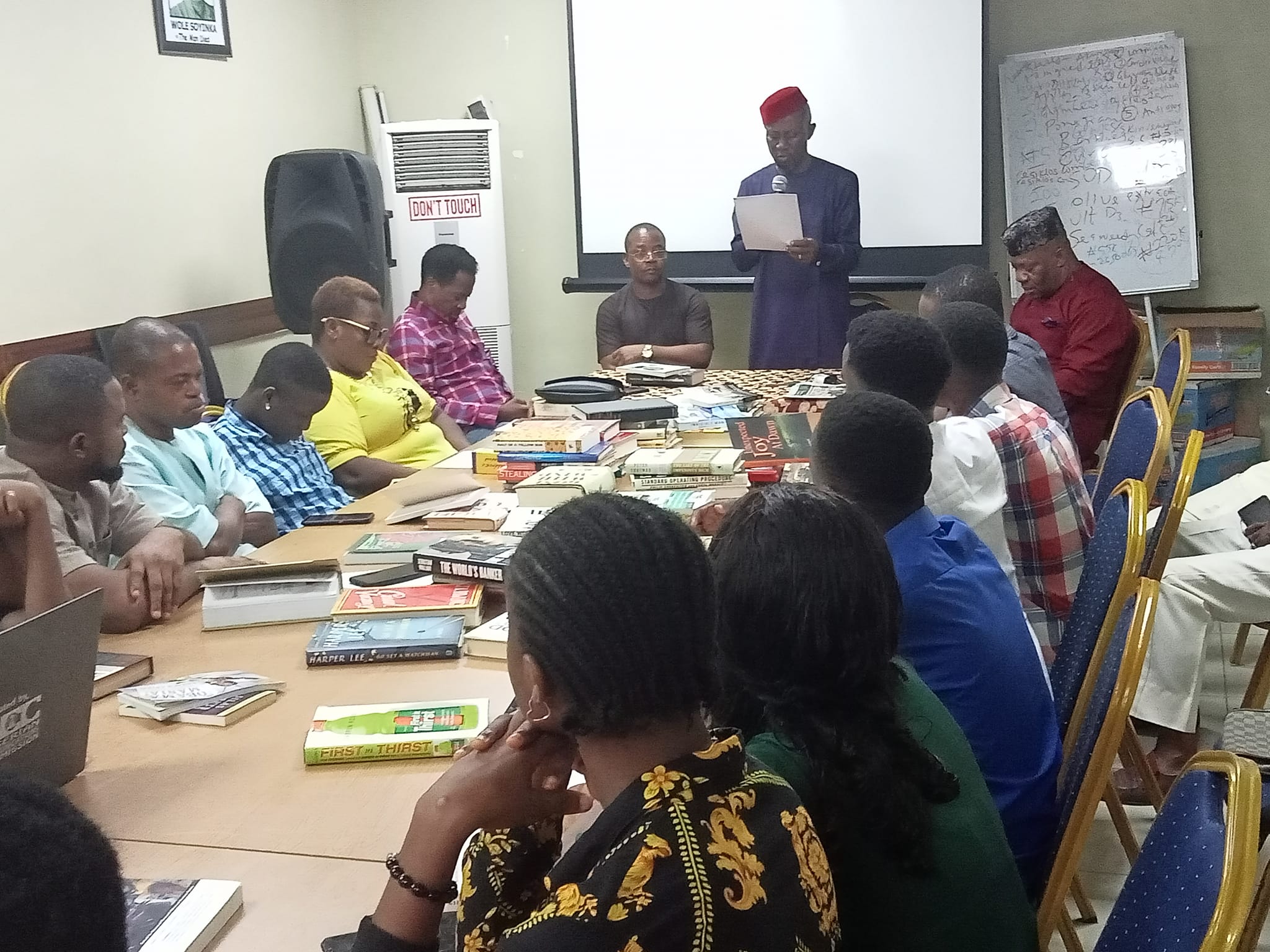 Fast growing intellectual community, the Uyo Book Club has called on Nigerians to return to our traditional values and norms to stem the decline of the moral fabric of our society.
This was part of the recommendations at the event to mark the first anniversary of the publication of ‘Village boy‘, a novel by ace journalist, Anietie Usen.
The book, which has so far won several awards and gotten recognitions, including its adoption by the prestigious United Nations SDG Millenium Goals for translation into four international languages, has been adopted as a textbook in three departments of the University of Uyo as well as a play by both the departments of Theatre Arts and film studies of the same university.
In his opening remarks, Dr Udeme Nana, the founder of Uyo Book Club harped on the need for Nigerians to refine their sensibilities through reading and stated that Village Boy is to Akwa Ibom State and Cross River what Things Fall Apart is to Igbo land.
The book reviewer, Dr Arnold Udoka, former Director of the National troupe and a lecturer at the department of theatre arts, University of Calabar took time to give a detailed review of the book. Going through chapter by chapter, he broke down the story and the implied messages in the book while relating it to modern-day realities.
According to him, “The mouse in our traditional mythology represents a character of theft, but our kids watch mickey mouse cartoon and wear clothes with Micky mouse memorabilia. How can our society be corruption-free? We need to stop celebrating characters that are not part of our traditional mythology”
Comparing the story of Akan in Village boy, to that of his personal experiences in life, Dr Udoka brought a sense of nostalgia among the attendees at the event as he recalled the lifestyle of the people in the olden days. He stated,
“Village boy is a portrait of the harsh realities of existence common in all communities not necessarily in villages. It celebrates the strong will to surmount all odds and attain self-development by legitimate means”.
Mr Anietie Usen, in his remarks thanked the Uyo Book Club for giving him the platform to showcase his book and for touching and inspiring lives. He advised members of the book club especially the younger generation to learn from his life and never look down on themselves and their abilities but to believe in themselves. He commended Dr Udoka, the book reviewer for the profound interpretation of the book.
Barr Ekong Sampson, the Patron of the book club, in his remark, commended the reviewer for a good job and the author for writing a good book. Making reference to the 1938 sponsorship of six Akwa Ibom sons to school overseas, he frowned at the statement credited to Prof Anyandele who had described the Ibibios as an ‘atomistic society perpetually at war with itself’ . Dr Sampson stated that Akwa Ibom people love themselves and that was clearly evident in them being the first set of ethnic nationalities in Nigeria to embark on an overseas scholarship drive for their brightest minds through communal efforts.
The event featured an interactive session where ideas and views were exchanged. Representatives from Aba book Club attended the meeting.
Uyo Book club meets every last Saturday of the month at Watbridge Hotel, 11b Ibb Avenue, Uyo.
Pictures: