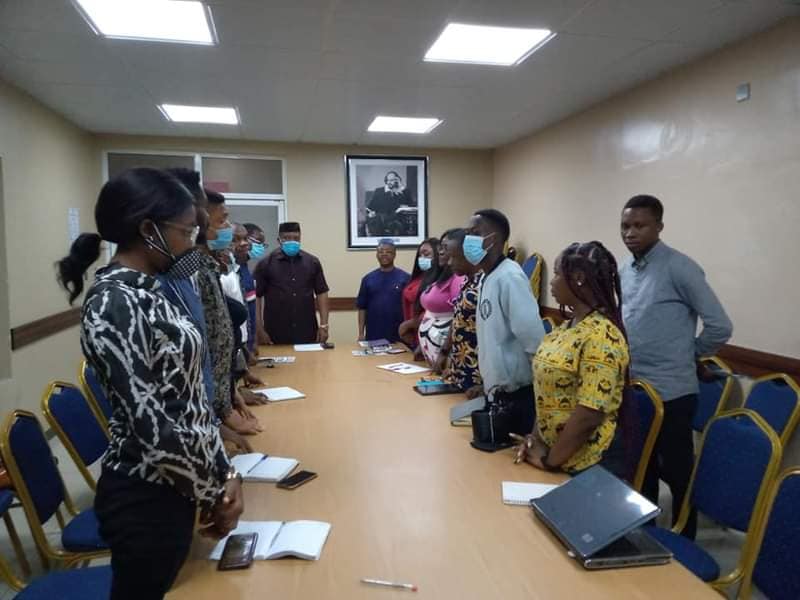 As the preparation towards the 1st ever National Book Clubs and Reading Promoters Conference begins to gather steam, key discourses surrounding the importance of books and how they can help drive the needed social changes are already being espoused.

The break on the ice in this trajectory of discourse came yesterday during the inauguration of the Central Planning Committee for the conference billed to hold later in the year, when the seasoned scholar and immediate past Honourable Commissioner for Environment and Petroleum Resources, Akwa Ibom state, Rt Hon.(Dr) Ekong Sampson offered perspectives bothering on some of the niggling issues affecting the country and world at the moment.

Speaking at a brief ceremony held at the Shakespeare Room, Watbridge Hotels, Uyo, Dr. Sampson posited that Nigeria urgently needed to resolve the ownership crisis bedeviling her. According to him, ‘it was expedient to ask, who really owns the country; is it herdsmen, bandits, militants or the political class. Is it the tribalists or IPOB?’.

The Mkpat Enin born politician noted that not long from now, the country’s leading lights will roll out the drums to celebrate June 12, saying he keeps wondering how we truly respect the bridge building lessons of that significant day.

For according to him, June 12 represents ‘a handshake across borders and is clearly one of the bright spots of the country’s unity ideal’.
‘You could see hope raised in Nigerians voting massively for a Muslim-Muslim ticket or Nzeokwu and his non-Westerner co-travelers risking so much to return an imprisoned Awo to power. You are forced to ask; where are our real patriots, away from the cacophony of sycophancy and selfish pursuits’.

As such, the one time Mkpat Enin Council Helmsman is of the belief that the forthcoming Book Clubs Conference should be able to ‘offer prescriptions to take Nigeria out of the woods’, adding that the ‘book is a global citizen’ and that his committee was committed to bringing the world to Uyo come September’.

The Committee Chairman was also equally effusive with words of thanks to the Uyo Book Club for the confidence reposed in him and the rest committee members, assuring that they will work assiduously towards a successful book conference.

Earlier in his inauguration oratory, the founder of the Uyo Book Club, Dr Udeme Nana had expressed that he had total confidence in the quality of the members of the committee, noting they can work towards making Uyo the permanent host of the book conference, which will in turn convert the city to the book capital of Nigeria.
Photos