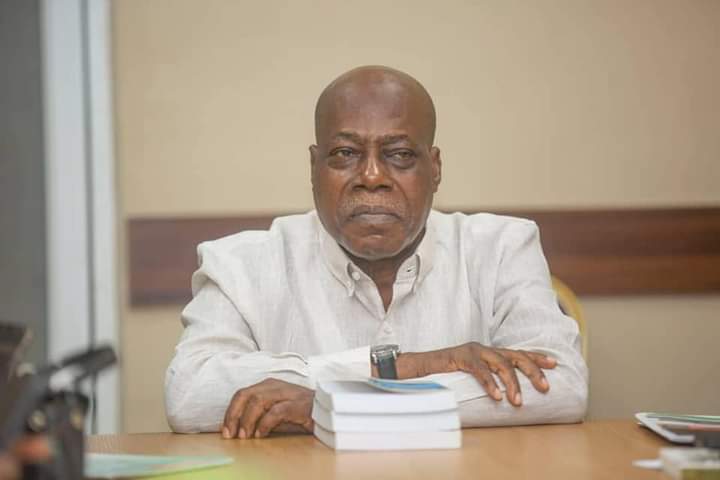 As the maiden National Conference of Book Clubs in Nigeria inches closer, an Akwa Ibom-born iconic journalist and one time World Editor of the Year, Ray Ekpu has appealed to Governments at all levels, corporate organizations, individuals and lovers of books in the state to encourage the hosting of the Conference by rendering various forms of support to the host, Uyo Book Club.

Ray Ekpu made the call in his celebrated opinion column in the Guardian Newspaper of August 31, 2021, in a piece entitled “Uyo Books a Place in History”.

He wrote glowingly of how the maiden Conference would be useful to the people of Akwa Ibom State and Nigeria at large, and sued for support from all stakeholders not only towards the hosting of the conference, but also towards the rejuvenation of the dwindling culture of reading in our society, particularly amongst today’s youths.

“This conference will obviously set the town atwitter; it will provide the scaffolding for learning, the antidote to ignorance which is as stern as a place of detention; ignorance, illiteracy and disease are joined at the hip; it will cut their link with the sharpness of a knife through butter; it will feed fuel to the fight against cultism, a phenomenon that has imprisoned the minds of many Akwa Ibom youths”, he wrote.

According to the cerebral Journalist, “in an era where there is a sharp decline in reading and where textese is deployed largely by young people as the language of official communication, a deliberate effort must be made to revive the dying art of reading. Publishers, book sellers, educationists, parents, teachers’ associations, private sector decision makers, book lovers and government at all levels must show more than a casual interest in books. They must commit to the revival of reading culture”

Mr Ekpu hoped that “the Udom Emmanuel Government will put its weight behind the Uyo Book Club conference and make it a huge success” noting that “it stands to reap enormous and unquantifiable benefits in terms of youth empowerment, socialization, attitudinal reorientation and tourism.”

The veteran editor often described by practitioners in the Fourth Estate of the Realm as ‘The Doyen of Modern Journalism in Nigeria’ recounted with nostalgia his personal experience during one of the Uyo Book Club’s reading session he attended and extolled the steadfastness of Dr Udeme Nana, the founder of the Club which first began as a mustard seed of hope on October 17, 2015.

“I attended a reading session at the Uyo Book Club some years ago. I read a portion from a book I edited called Moving in Circles. The book is an anthology of columns written over a 30-year period for several print media by Dan Agbese, Yakubu Mohammed, Soji Akinrinade and me. It was in the process of editing the articles, independently selected by the four men that I noticed that in several aspects of our national life we are simply moving in circles like a yoyo. That was the reason I titled the book, Moving in Circles. We are still, to be frank, moving in circles even today.

“The journey started on October 17, 2015 when a young man Dr. Udeme Nana who teaches Mass Communication at the Akwa Ibom State Polytechnic, Ikot Osurua thought it would be a nice idea to create a community of book readers. He brought out some books from his sizeable collection and spread them on tables at his residence and young persons who always came over to have intellectual communion with him, students, graduates, journalists, lawyers devoured them greedily. Their excitement matched his own and he wrote on his Facebook page: One small step and a generation would move our dream city, Uyo and our dear state, Akwa Ibom”.

Mr. Ekpu, himself an avowed lover of books, celebrated the contributions of the founder, sponsors and members of Uyo Book Club towards the seeming book revolution in Akwa Ibom State and highlighted some of the significant achievements of the Club in the last six years.

“That effort has had a domino effect. It has inspired the establishment of Book Clubs in Ikot Ekpene and Eket and the hope is that the candle will be lit in many more towns in the state. So the decision to hold Nigeria’s first Book Club Conference in Uyo is a reward for Nana’s show of enthusiasm for the words hidden within book covers.

“Since 2017, the club has held book readings featuring the works of William Shakespeare, John Pepper Clark, Wole Soyinka, Ken Saro Wiwa and Chinua Achebe. They have also hosted Jude Idada, 2019 winner of the Nigeria LNG prize in Children’s Literature, Dr. Wale Okediran, Secretary General of the Pan African Writers Association (PAWA) who is a former National President of the Association of Nigerian Authors (ANA). In November last year, the Club had a special colloquium to mark the 82nd birthday anniversary of Architect Victor Attah, former Governor of Akwa Ibom State and a connoisseur of books.”

According to the release, the conference theme is ‘The Place of Public Libraries in the Age of E-Books and the Challenges of Social Reading’, with Nigeria’s former Ambassador to Russia, Chief Assam Assam, SAN serving as the Chairman of the Occasion, and Prof. Felicia Etim, University Librarian, Federal University, Otuoke, Bayelsa State, as Keynote Speaker. Other Speakers include Prof. Ahiaoma Ibegwam, University Librarian, University of Uyo; Chief Uchena C. Anioke, President, Publishers Association of Nigeria; and Dr. Nkem Osuigwe, Director, African Libraries and Information Associations and Institutions, Accra, Ghana.