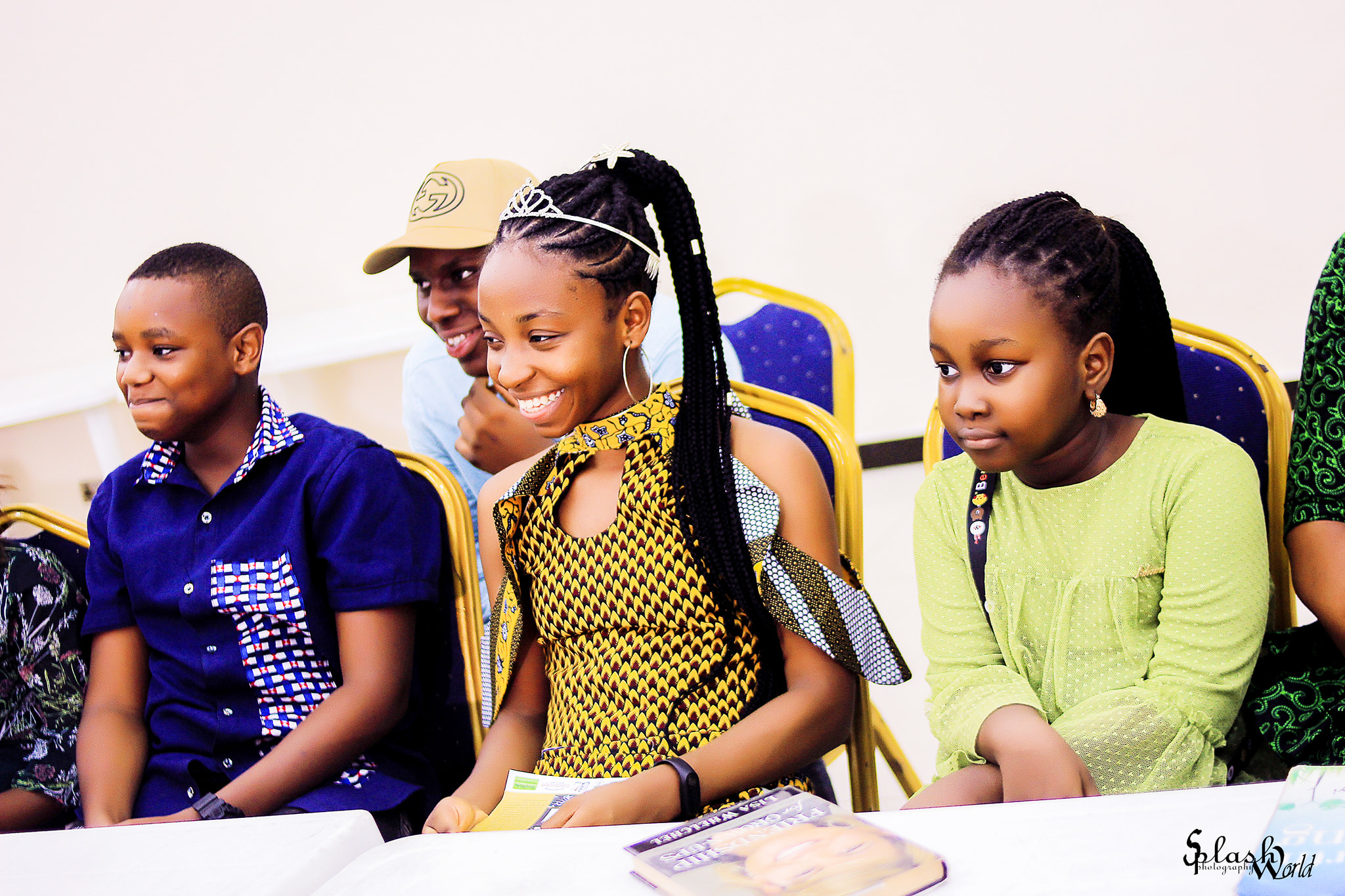 Senator Okorocha, who was a Special Guest at the book launch while speaking via zoom from Abuja base hailed Maadiah’s ‘impressive gift of writing’ in being able to put her thoughts out in a book form at such a tender age, complimenting that ‘she had the world surely at her feet’. The former Imo State Chief Executive equally praised Uyo Book Club for nursing a platform to help young people explore and externalize their intellectual wealths, promising to host the child prodigy any time soon in Abuja.

Also speaking at the occasion, the Patron of Uyo Book Club, Rt Hon.(Dr) Ekong Sampson extolled Maadiah’s ‘inspiring achievement at such a tender age’, saying it was imperative to bring back the short stories genre in literature which was almost going extinct, to help lend voices to topical issues affecting our daily lives.

Dr Sampson, himself a renowned lawyer, author and poet, further used his speech moment to encourage young people to venture more into writing in order to enrich our stories and social discourse.

Before taking his seat, Dr Sampson took out time to read from one of his latest poems, ‘The Broken Bridge’, which revolves around issues surrounding the ‘June 12’ in Nigeria, revealing that it was time people tapped more into poetry as according to him ‘is the battery that charges the society’.

Other speakers on the night including award winning journalist, Anietie Usen, an Executive Director in the Akwa Ibom Internal Revenue Service, Mr Leo Leo Umana, former Governorship aspirant, Mike Sebastian, among others all poured encomiums on the outstanding achievements of the young author, saying that her feat was not only inspiring but already has a place in the history books.

Earlier in his welcome remarks, the Founder of Uyo Book Club, Dr Udeme Nana, in his usual tone setting, highlighted the importance of breeding a robust reading culture, especially for the young people, informing that the Book Club will continue to expand ‘its vistas of promoting knowledge and scholarship, so that we can get to have more of the Maadiahs’.

The book launch also had in attendance parents of the author, Mr & Mre Aniekan Johnson, schoolmates, friends and relatives.

‘Clawed to Death’, which is already receiving rave reviews for a debut effort is available on Amazon.