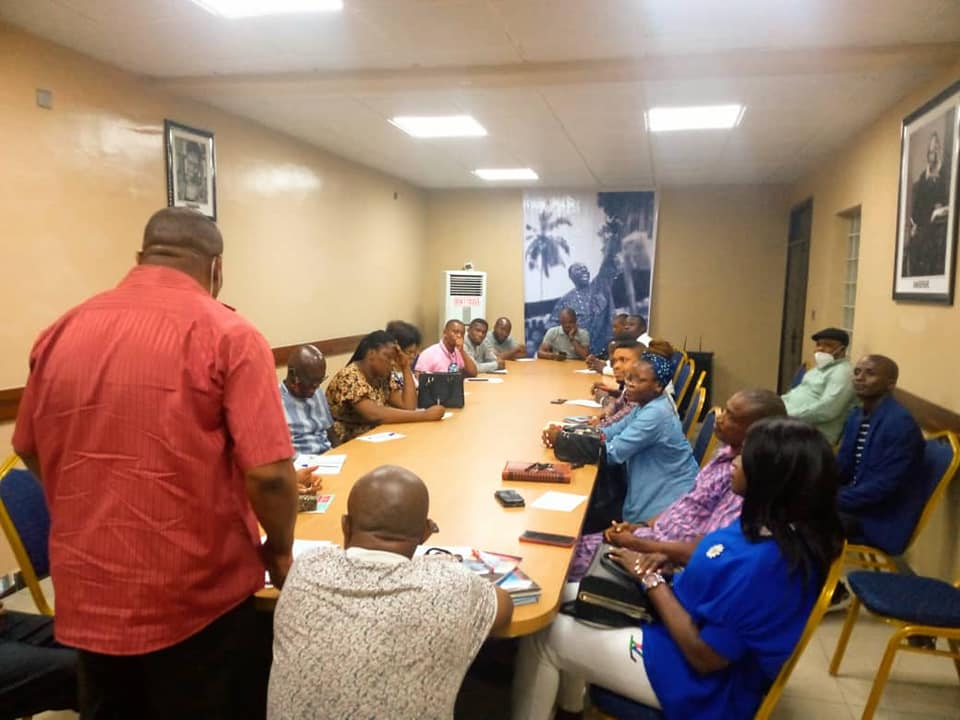 Tuesday, the 10th of November is celebrated the world over as the Ken Saro-wiwa Day. It is a day to commemorate the gruesome lynching to death of the renowned Niger Delta environmental activist, author, and poet whose death was fast tracked by a kangaroo tribunal during the General Sani Abacha led military junta in 1995.

As such, as part of activities to mark the day, a foremost intellectual community in Akwa Ibom state, the Uyo Book Club held a colloquium in remembrance of Ken and the rest tribe who had also gone down the gallows.

In his opening reading and tone setting at an event held at The Shakespeare Room, Watbridge Hotel&Suites, the founder of the Uyo Book Club, Dr Udeme Nana, who voiced his poem titled, ‘Speaking Out is not a Sin’, paid tribute to Ken’s legacies in the Niger Delta struggles, his scholastic contributions to several bodies of knowledge and his tenacity in upholding the virtues of what he believed in even in the face of an intolerable, autocratic regime, describing his death as ‘a great loss to not only the literary world but humanity in general’.

The widely respected media scholar welcomed everyone to the session and tasked members to live lives that will glorify the efforts of the late Saro-wiwa. He lamented the woes faced by the people of the Niger Delta which included a degrading ecology and the milking dry of the region by successions of insincere regimes.

On his part, the Patron of the Uyo Book Club, a notable scholar and politician, Dr Ekong Sampson, while reading his themed poem titled, ‘The Medalist’, hailed Ken’s exemplary grit in ‘dying standing for what fought for and believed in’. The erstwhile Akwa Ibom Commissioner for Environment and Petroleum decried what he described as ‘hypocritic efforts of so-called activists’ who most often than not ride on the back of the famed June 12 mantra, but whose lifestyles were totally inimical to the true ideals of that significant day.

The former Mkpat Enin lawmaker who holds a doctoral degree in International Law, went on to preach for bridge building, strengthening of ke institutions and regional integration among the Niger Delta states as well as the upholding of sanctity of democracy, the only form of government which he believed ‘ offered citizens, a safety belt’ in all instances, recalling that if it were to be in a democratic dispensation, Ken Saro-wiwa would not have been killed.

Delivering his expert submissions on the occasion, the lead discussant and an eminent Professor of Theatre and Film Studies at the University of Uyo, Uwemedimo Atakpo, lamented the lack of ‘voice and leadership in the Niger Delta, which has somewhat seen the region capitulate to playing second fiddle in the country’.

Prof. Atakpo noted that the problem is not only that Ken was executed, but that the issues that Ken fought for are still very much with us, begging for who will volunteer to be the next Ken. He believes that except the Niger Delta comes together to work as a purpose-driven, unified bond, they will remain a ‘finished sect’.
He exposed that the successive reemergence of presumed freedom fighters have only had a common agenda; selfishness and amassing of wealth.