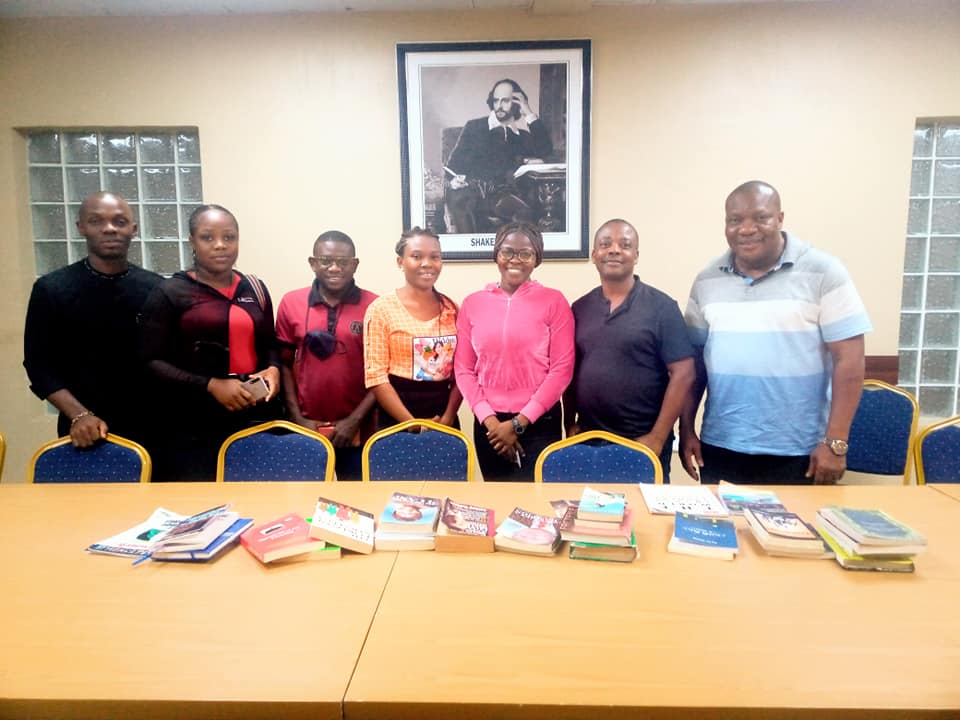 …Scholars sue for peace and dialogue in the EndSARS agitations, condemn war mongering

A fast growing scholastic family, the Uyo Book Club has noted that the literary world has lost ‘a key member of the clan’ and a ‘strong, tireless voice in social advocacies’ with the death of the renowned poet and author, Professor John Pepper Clark-Bekederemo.

The legendary author widely known as J. P. Clark, born April 6, 1935, died on October 13, 2020. The poet, journalist, playwright, and scholar-critic was considered one of the most lyrical of the Nigerian poets.

Setting the tone for the day, the founder of the Uyo Book Club, Dr Udeme Nnanna eulogized the late Professor JP Clark in glowing tributes. He observed that Prof was one of the literary giants who alongside the late Chinua Achebe and now only surviving Nobel Laureate, Prof Wole Soyinka made up what he called ‘the great Nigerian triumvirate’.

Dr Nana went on to read poetic extracts from the Clark anthology. The first poem, ‘Streamside Exchange’ touched on the reality of loneliness, anxiety and uncertainty about the future and the knowledge of the transcience of life.

Another title ‘I can look the sun in the face’ tells a story of the reality of broken relationships and its impact on people. The last of the Clark’s titles read during the session, ‘The Casualties’ was inspired by the social strife  that led to the Nigerian civil war and how the casualties of the war included not only men and women who died in the battlefield, but broken relationships, broken dreams, hunger, starvation, sickness and destruction of properties.

The revered Mass Media  scholar used the thesis of the poem to talk about the #EndSARS, which according to him was a ‘genuine agitation but which was unfortunately hijacked by hoodlums and miscreants’, wondering why reasonable young people will burnt down buildings and properties which defined and beautified the skyline of their city.

Also baring his mind on the issue of the EndSARS agitations, the Patron of the Uyo Book Club, Rt Hon.(Dr) Ekong Sampson, opined that although he remains sympathetic to the genuine calls for reforms within several institutions in the country, he was worried about the near annihilation of the security forces during the process which has somewhat made the forces loose their morale. He suggested the need to rejig the security forces in order to boost their confidence again. He particularly condemns the war cries and fear mongering by the mob, observing that war was a self consuming ill wind which blows no one good.

Other speakers at the session included psychologist Udeme Okono who reviewed Wale Okediran’s ‘Tenants of the House’ and AK Kingsley who read a poem that called for the need to uphold the unity and greenness of Nigeria as well as Christie Okon, who summarized her novel for the day.

The Uyo Book Club reads every last Saturday of the month and is proudly hosted by Watbridge Hotel&Suites.