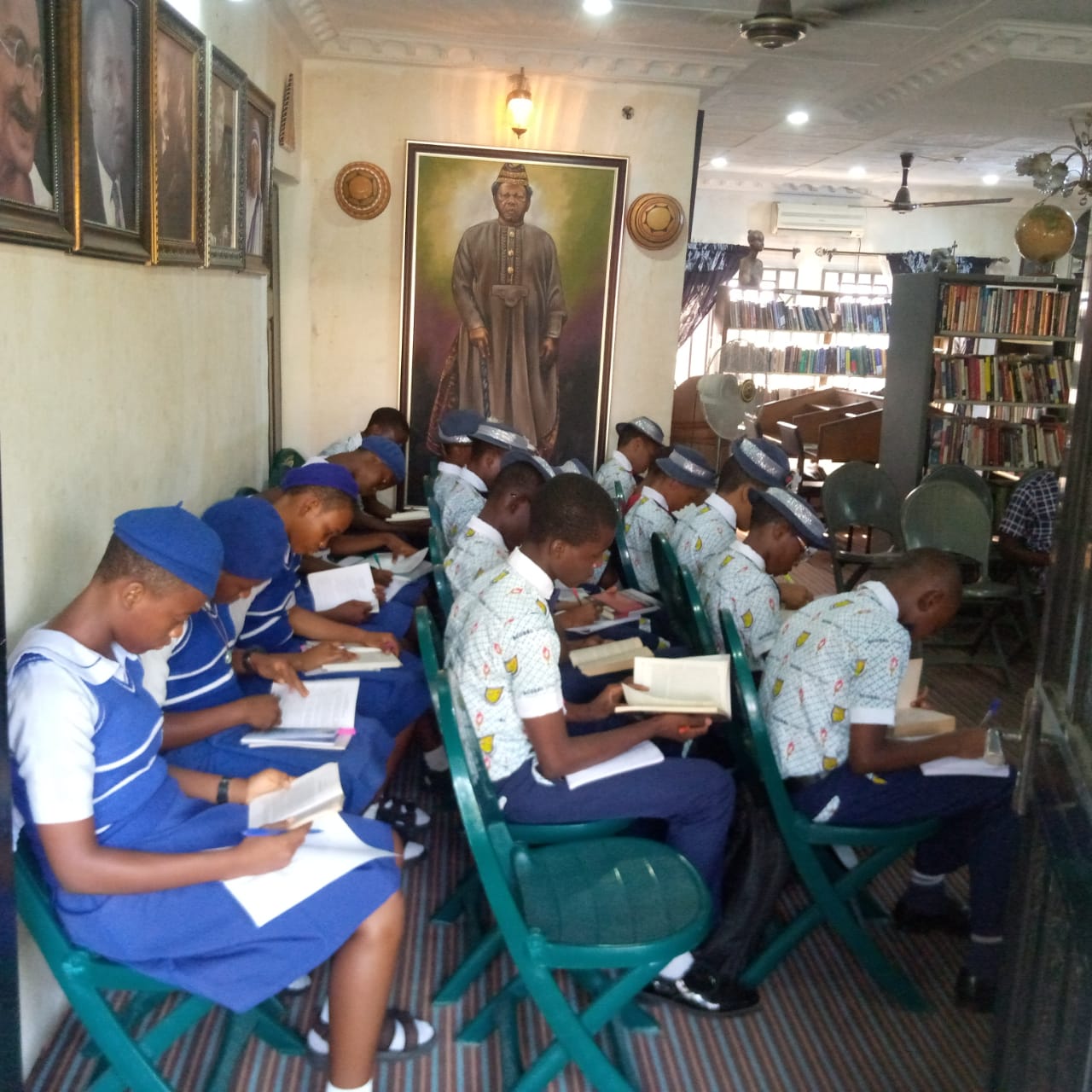 The fact of life is that there’ll always be Books to be read. Books about life, philosophy, inventions, fiction, facts, dramas, poetry, plays, and whatever ideas the Author seeks to share with the world in the moment of inspiration. And if you are an avid reader, whatever you can lay your hands upon, becomes a treasure trove of knowledge.

Another indisputable fact is that there’ll always be youngsters to be mentored, ideas to be shared, knowledge to be gained, and barring any unforeseen circumstances like COVID; people of like-minded persuasion to assemble together!

This truth was yet again, laid bare in the November 2022 Reading Session edition of Raffia City Book Club at Ikot Ekpene. In the audience were Authors, Elizabeth James, and Uboho Bassey; seasoned Professionals in their fields, Dr Udeme Nana, the driver behind the book clubs revolution in Akwa Ibom State, Prof. Felicia Etim; Librarian, Federal University of Otueke, renowned Engineer/Journalist, Nsikak Essien, and the irrepressible host, Abom Tony Esu, Convener/Host, Raffia City Book Club. Students of St. Columbanus, Ikwen; and Goretti Girls School, and their school’s representatives, teachers, chaperones, and other members of RCBC were participants at the monthly book fair whose theme is: “Read, Know and Lead”.

The D.E.A.R. (Drop Everything And Read) MOMENT and subsequent reviews by the students on their choice of books was an interesting display of youthful excellence and budding courage, concisely rendered in fluent English.

A few of the books reviewed include “Power in The Blood by Charles Brodrick;* The Golden Home by Maurice Udom, reviewer: Destiny Esu; Mind Power by James Borg, reviewer: Loretta Umoh; Little Teal Book of Trust by Jeffrey Gitomer, reviewer: Miracle Anietie David; The Power of Character in Leadership by Myles Munroe, reviewer: Munachi Ekwe; The Hidden Treasure by Obong Michael Afangideh, reviewer: Magdalene Obot; Discovering the Gold in The Mountain; The Power of Positive Thinking by Norman Vincent Peale, reviewer: Abasiama Umana and finally from the youngest, Abasienyene Uduak Nathan, I Like To Read At School (Sterling Group).

The underlined keywords in the randomly selected books steered one to the ideals of Positivity, Courage, Trust, Leadership Affirmative speaking, Moral conscience, Convictions, Character and Integrity. Summarily, Abom Esu highlighted the power of positive affirmations in an explicit example of the Universe positioned in the alignment of our spoken words.

He brought to reference the book by James Allen: As A Man Thinketh, an idea that posits that you become what you think, as the mind is indeed, very powerful. We must, first of all, win the battle in our minds – A person’s character is the sum of their thoughts. You are what you are right now because of the thoughts you once had or have, positive or negative.

Speaking also, Prof. Felicia Etim, Librarian at Federal University, Otuoke; urged the students to be focused on their aspirations and set attainable goals whilst working steadfastly towards them. Hers was also an example of the Universe working in tandem with positive words on her dreams in becoming a Wife, Mother, Doctor, Minister, and ultimately, a Professor.

The Book review/reading of Ryan Holiday’s “COURAGE IS CALLING” by Mr Nsikak Essien was an exposè on courage and its many promises, challenges, and sacrifices. He spoke about courage being an urgent call, an inspiring anthem, to whatever heights we seek to attain in life’s endeavours. Fear, the writer emphasized, must not be allowed to rule us, but rather we must aim for the heroic, even when silence is seen as violence. He went further to say that courage is a virtue, and sometimes in life, one has to burn the white flag.

Next on the agenda was the introduction of the Special Guest of the session, Uboho Bassey, Author and Poet of works including the recently released “TIMES AND SEASONS” by Abom Esu.

Mounting the dais, Uboho averred that every member of the audience was special, and attributed her presence in the gathering as the plan of God came to manifestation in her life.

TIMES AND SEASONS, her fifth, but fourth book of poetry, has its Foreword written by Mr Sam Akpe, and is published by Xlibris Corporation, Indianapolis. It is so titled to take into cognizance the changing seasons of one’s existence – the inescapable transitions between life’s experiences. Her book, A Collection of over 200 Poems, is based on the scripture in Ecclesiastes which concludes that there is time for everything.

She compares life to the natural seasons of Summer, Winter, Fall and Spring, and yet brings them to illustration in her book as Waiting, Wilderness, Warring and Winning seasons. The highly interactive session with the audience brought up cases of people in the Bible who passed through difficult seasons, but with the passage of time, transited into the fulfilment of their dreams.

The conclusion, or “Afterword” as was debated by Nsikak Essien, was the reading of one of her POEMS Titled: THE LILY.. which speaks of the blooming of a once withering plant. Think of your life as seasons she says; in waiting, have an open mind, in the wilderness have perseverance, in the warring season, have endurance, and in Winning, be grateful.

The highlight of the evening included special gifts of recognition awarded to the special guest, Uboho Bassey by Mr. Nsikak Essien, and to the Principal of St. Columbanus by the Founder of the Book Club initiative, Dr. Udeme Nana, received on his behalf by the English teacher, Mr Kenneth Whyte.

THE RETURN OF JUDAH by Elizabeth James was presented to the participating schools through their student representatives, and each had the chance to respond to the Host, in a show of appreciation.

Guess what came next? 😁

The famed visit to “Obot Akara!”

A tantalizing tale for another day …. 😜

And as we wait on the threshold of December, we dare you to light up Christmas with a surprise book gift to your loved ones!

By UBC DeskNovember 21, 2022Events, ReviewsComment on A community of Book Lovers: The Fire of Reading is Burning Brighter!